The 2016 School Sport ACT 13 years and over Golf Championships were held at Queanbeyan Golf Club on Monday 21st March with 52 (40 boys & 12 girls) students participating. The standard of golf was high with the weather being very kind to all the students. All students enjoyed the opportunity to represent their school at golf.

The boys’ overall gross event was won by Burgmann’s Josh Armstrong who shot an even par 70. This was Josh’s first state title after he won the national schools event in 2013. He finished the day four shots ahead of Matt Clifton (Daramalan College) and Lachlan Chamberlain (Stromlo High School) who was the gross winner of the U15 division.

The girls’ gross event was won by Amber Thornton from St Mary Mackillop College with a score of 80. It was Amber’s first state title after narrowly missing out last year. Isabelle Hawes (Telopea Park School) and Cassie Linares (Canberra Girls Grammar) finished second and third respectively. The nett event was won by Kaitlyn Bailey (St Francis Xavier College) who had an excellent day out shooting four under her handicap. Silka Solomon of Lyneham High School was runner up with Annie Webeck (Radford College) in third.

The event was kindly supported by Jack Newton Junior Golf. Sue Harrison from JNJG donated many of the prizes, and entirely supported the U/15 division. A big thank you also goes out to the Queanbeyan Golf Club and Jake Nagle in the pro shop for their assistance and hospitality in hosting the event.

All students who submitted trial forms will have their scores and performances monitored over the next 10 weeks. A team of 6 boys and 6 girls will be selected to represent SSACT at the national championships being held in Goolwa, South Australia from 14-19 August. 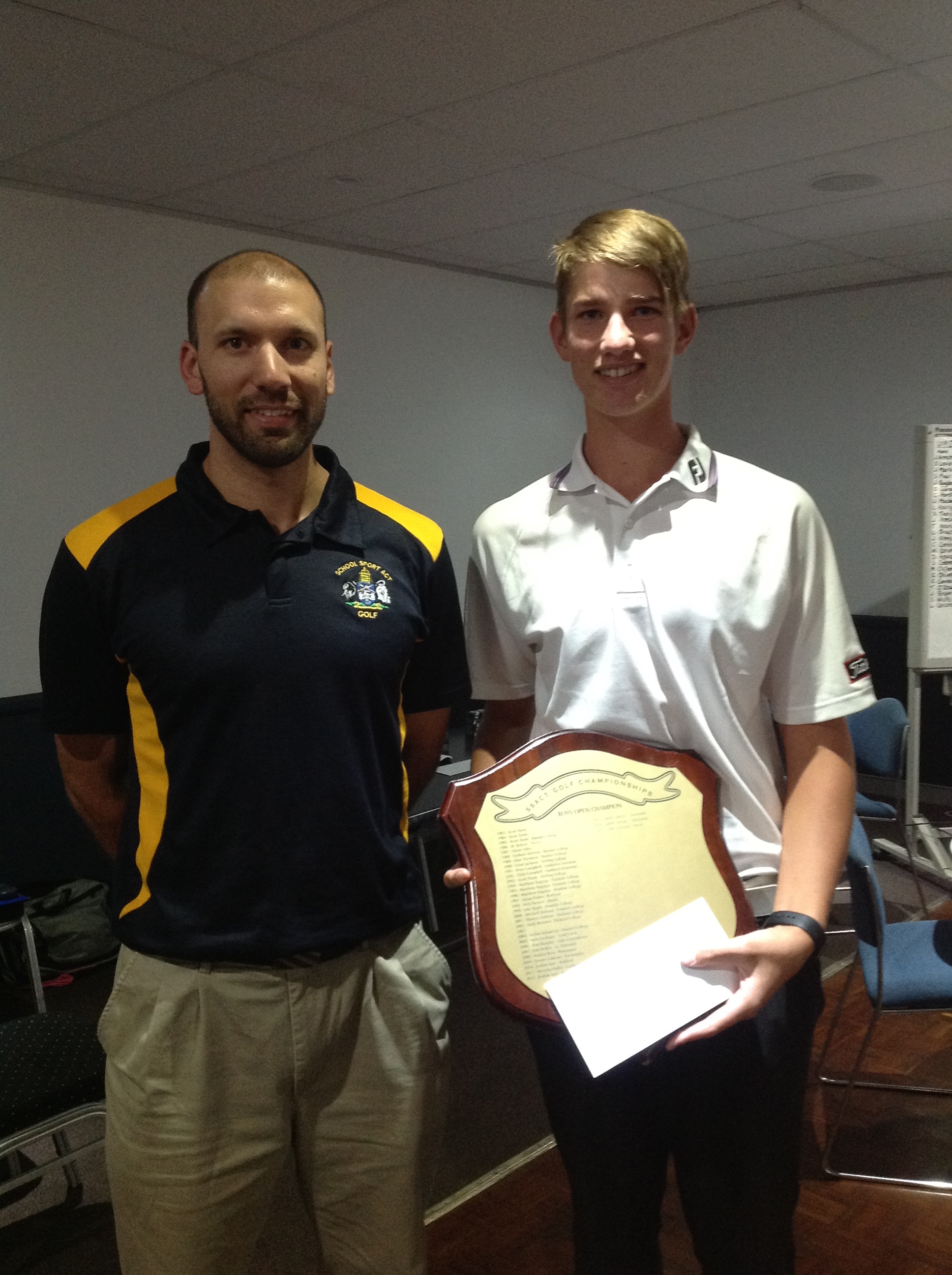 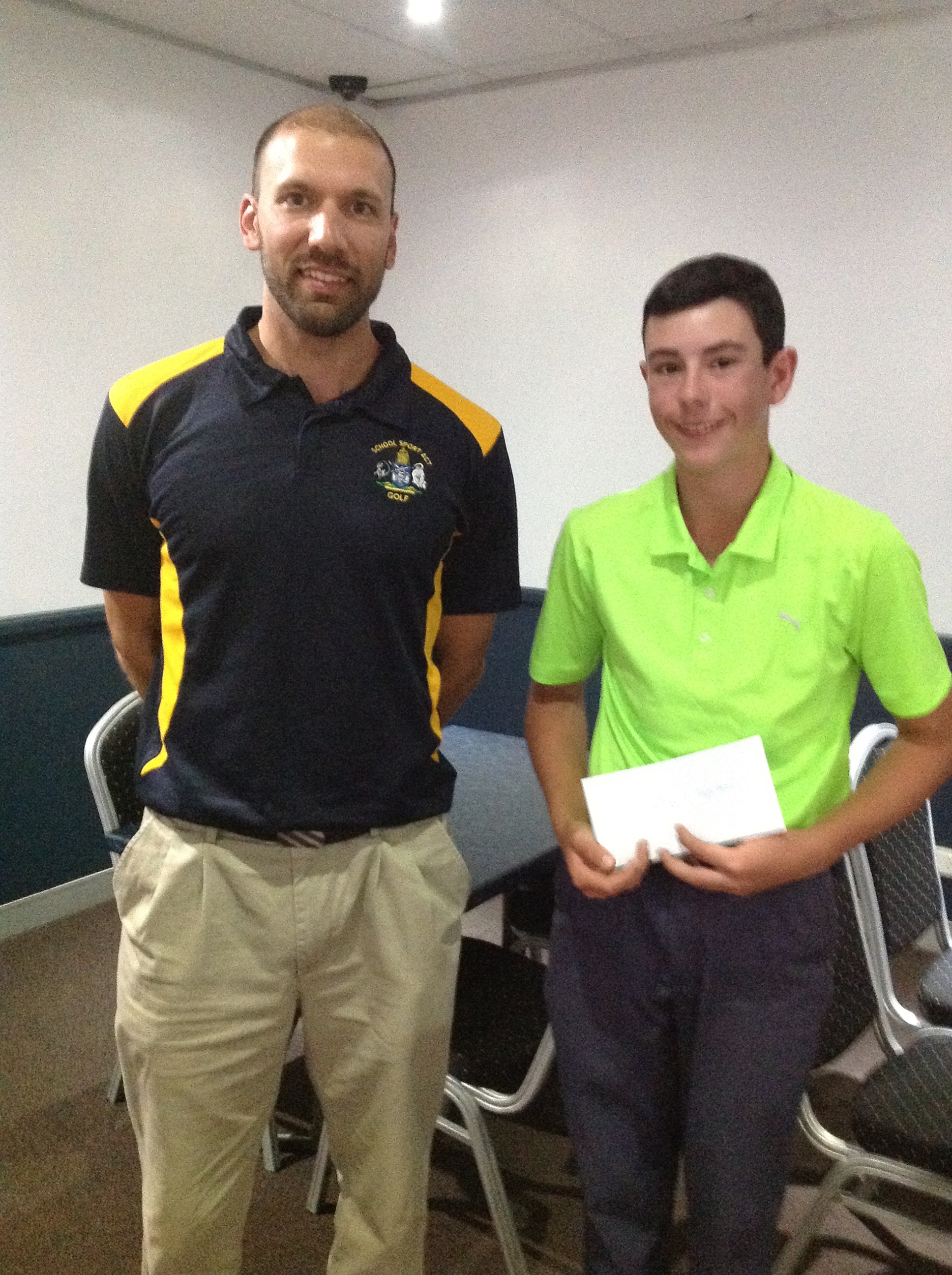 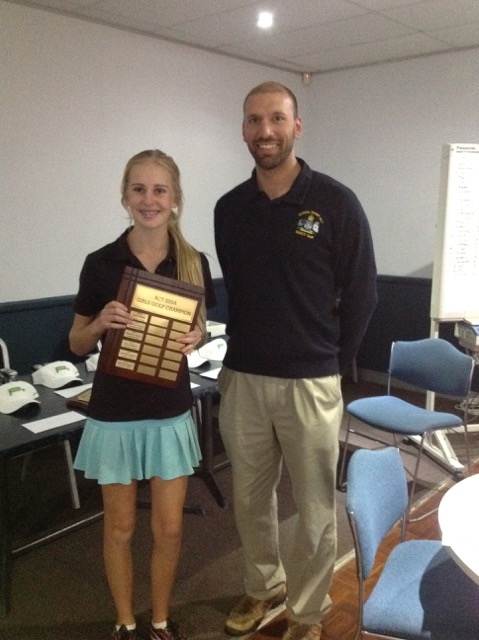 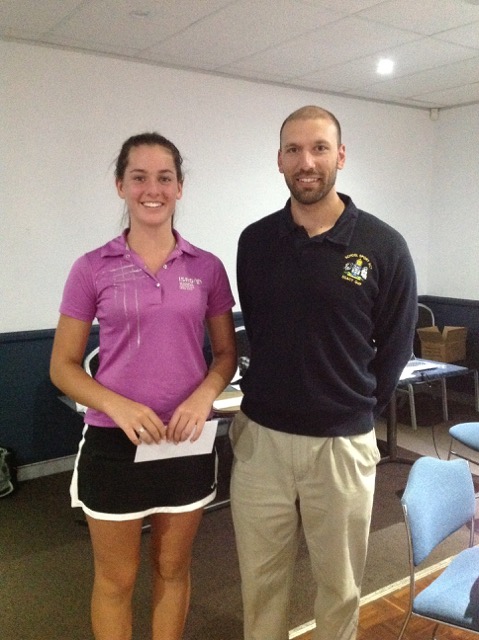